Connecting people through film and music

Reel Connections uses film, music and the creative arts to connect people, groups and communities across Norfolk and the South East. We deliver events, screenings and activities with people of all ages and abilities.

Music on my mind

Over the last year, we have been working with the Alfred Cohen Art Foundation on a project to mark the artist’s centenary this year. Born in Chicago in 1920, but choosing to live most of his life in England, four exhibitions of Alfred Cohen’s work were...
Read More

A project developed with Norfolk & Norwich Festival Bridge and students from Soham Village College in Cambridgeshire which involved creating a series of short films profiling the careers of creative professionals. Creating the Future is a partnership project...
Read More
=

Get involved in our online programme and stay connected.

We have been working with our partners at Film Hub South East and the Independent Cinema Office to offer Intermissions, a range of activities, industry-related resources and opportunities designed for Young Film Programmers and other young people interested in the film exhibition sector and related professions.

Reel Connections is a Community Interest Company that uses film, music and the creative arts to connect people, groups and communities across Norfolk and the South East. We deliver events, screenings and activities with people of all ages and abilities, including in those areas where provision for young and diverse audiences is below average.

Our activities are designed to;

Our team are experienced in programme delivery and management having specialised in film and music-related activity in a wide variety of community settings. 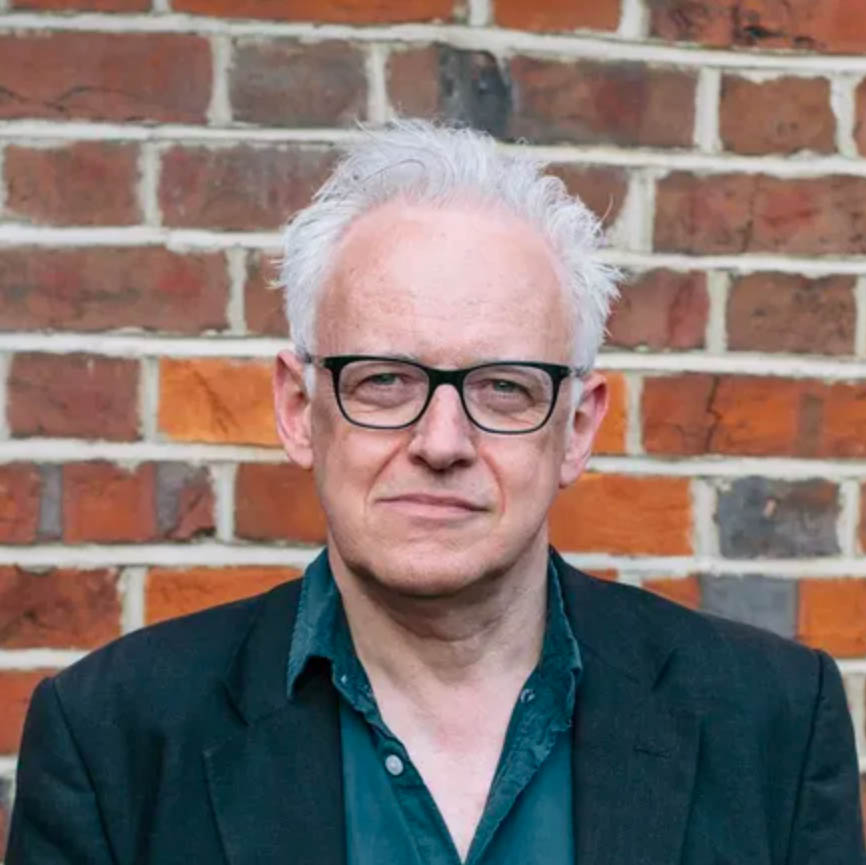 Guy has worked in the film and arts education sector for over 30 years devising and delivering education and audience engagement projects.

Prior to founding Reel Connections, Guy managed Cinema City Education leading on the delivery of screenings, events and courses for schools, colleges and adult learners. Previously, Guy was Head of Media and Film Studies at DLD College in London. More recently he has been working on projects with organisations including St Mary’s University and City & Guilds. In 2018 Guy received the Norfolk  Arts Award for Education and Community work.

Guy holds an MA in Video Production from Bournemouth University and a BA in Film Studies from Reading University. He is fairly eclectic in his film and music tastes and, depending on what day you ask him, would list Vertigo, Jaws or Almost Famous among his favourite films. 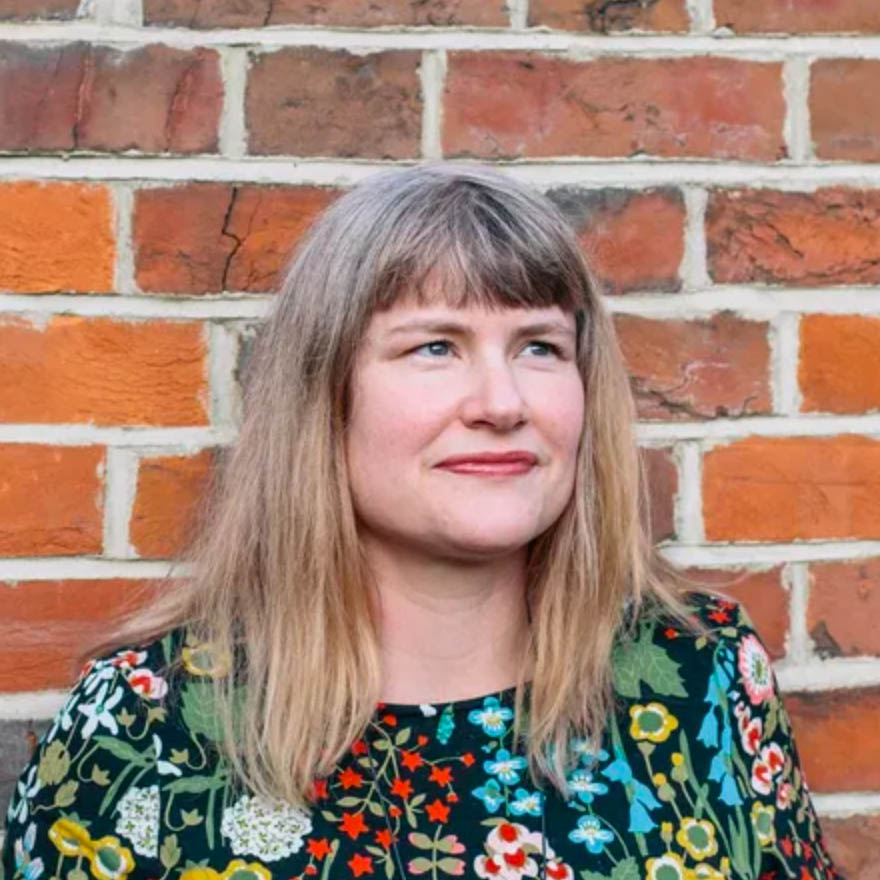 Anna attained a PhD from the University of East Anglia (UEA) in 2020. The title of her thesis is Teens’ Screens: The Places, Values and Roles of Film Consumption and Cinema-Going for Young Audiences. She has convened and taught film and media studies modules at undergraduate and postgraduate level at UEA.

From 2007 until 2018 she was Education Officer at Cinema City where, with a team, she programmed, marketed, administered and delivered informal film education events for all ages and sections of the community. She is a qualified teacher of English as a second language with experience teaching at private language schools.

Anna has a passion for the cinema experience and is driven to ensure that future generations can continue to enjoy independent cinemas, and see a broad spectrum of specialised films. She has a penchant for the gloriously camp and darkly comic Australian ‘glitter cycle’ films of the 1990s such as: Strictly Ballroom (1992, Dir. Baz Luhrmann), Priscilla Queen of the Desert (1994, Dir. Stephen Elliott), and Muriel’s Wedding (1994, Dir. P.J Hogan). 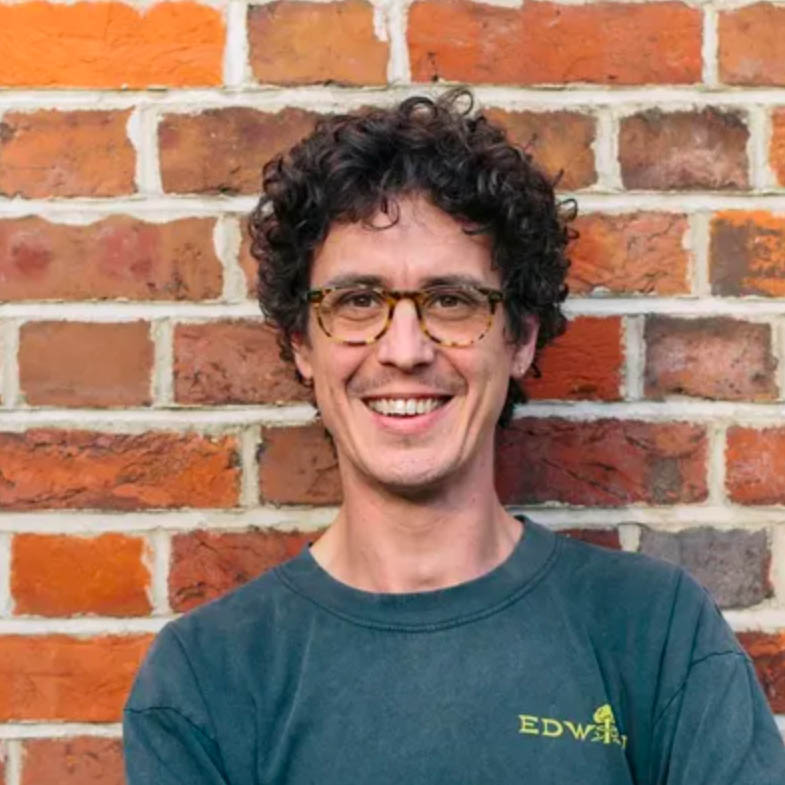 Lewis is a freelance Arts Educator and project manager with a strong track record in community arts.

He uses film and video techniques to engage groups of all ages and abilities, with a particular focus on collaboration and advocacy.

Lewis has worked on a wide-range of Arts projects and events in Norfolk, Suffolk and beyond over the last ten years, for organisations including Creative Arts East, Suffolk Artlink, Norfolk and Norwich Festival, the British Film Institute and The Roundhouse. 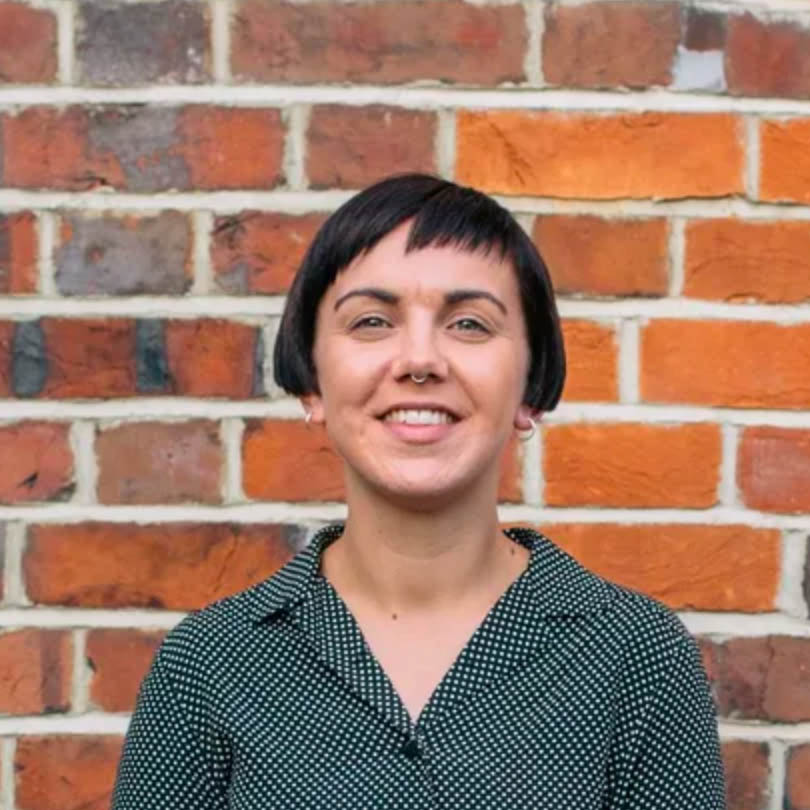 Milly currently works as Coordinator for Young Norfolk Arts, a youth led organisation providing opportunities for children and young people to create and engage with arts and culture across Norfolk. She is also a freelance musician, workshop facilitator and events coordinator having worked on a variety of creative projects with organisations like the British Film Institute, Norfolk & Norwich Festival and Creative Arts East.

Since graduating from NUA with a BA in Visual Studies in 2010, she has worked at Cinema City in Norwich as Education Officer for their educational charity Cinema City Education. From 2017-2019 she was with the Norfolk & Norwich Festival working on their Festival Bridge programme.

She is passionate about the benefits arts and culture can have on both individuals and communities, and particularly providing authentic experiences for children and young people from all backgrounds to engage in the arts and creative industries. 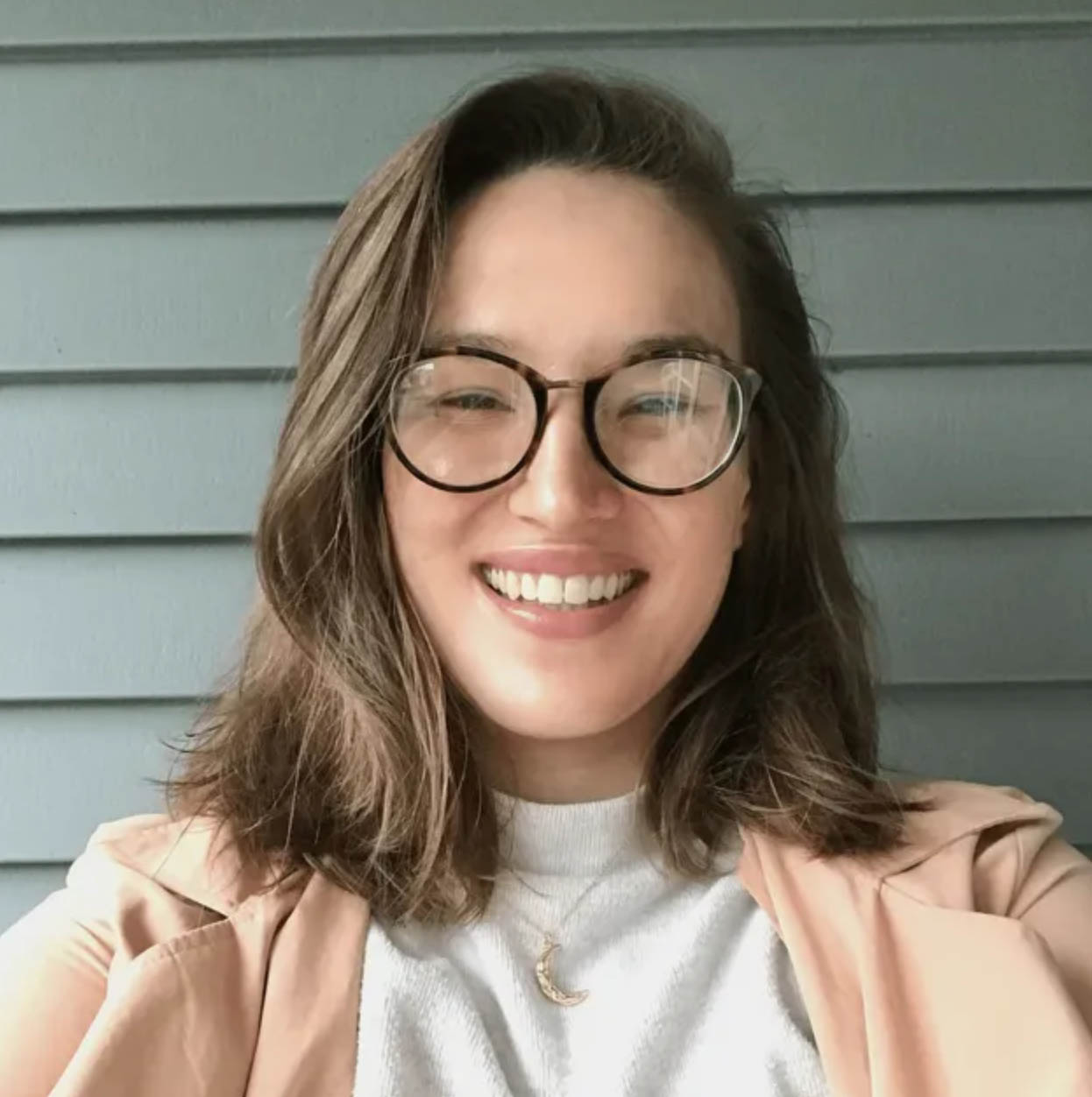 Shelby is an MA graduate from the University of East Anglia, focusing her research on the cultural and societal implications of stars and celebrities on British national identity. She has undertaken research on the representation of Englishness in post-war media, using the acting performances of David Bowie as a case study. Her other research topics include the representation of motherhood in the films of Andrea Arnold, the queering of aristocratic men in Edward Berger’s Patrick Melrose series and Paddington Bear in a post-Brexit Britain. She is also a freelance culture and media writer, writing on a variety of subjects but mostly British cinema, and is a founding member and the Editor-in-Chief of Reel Connections’ Young Film Programmer group, Film East.

Before completing her MA, Shelby received her Bachelor’s degree in marketing from The Pennsylvania State University, with a double minor in film studies and international studies. She is passionate about using media and art as a way for audiences to understand themselves and the world around them and making all forms of art and education accessible to everyone. She is working towards a career in film programming and research. 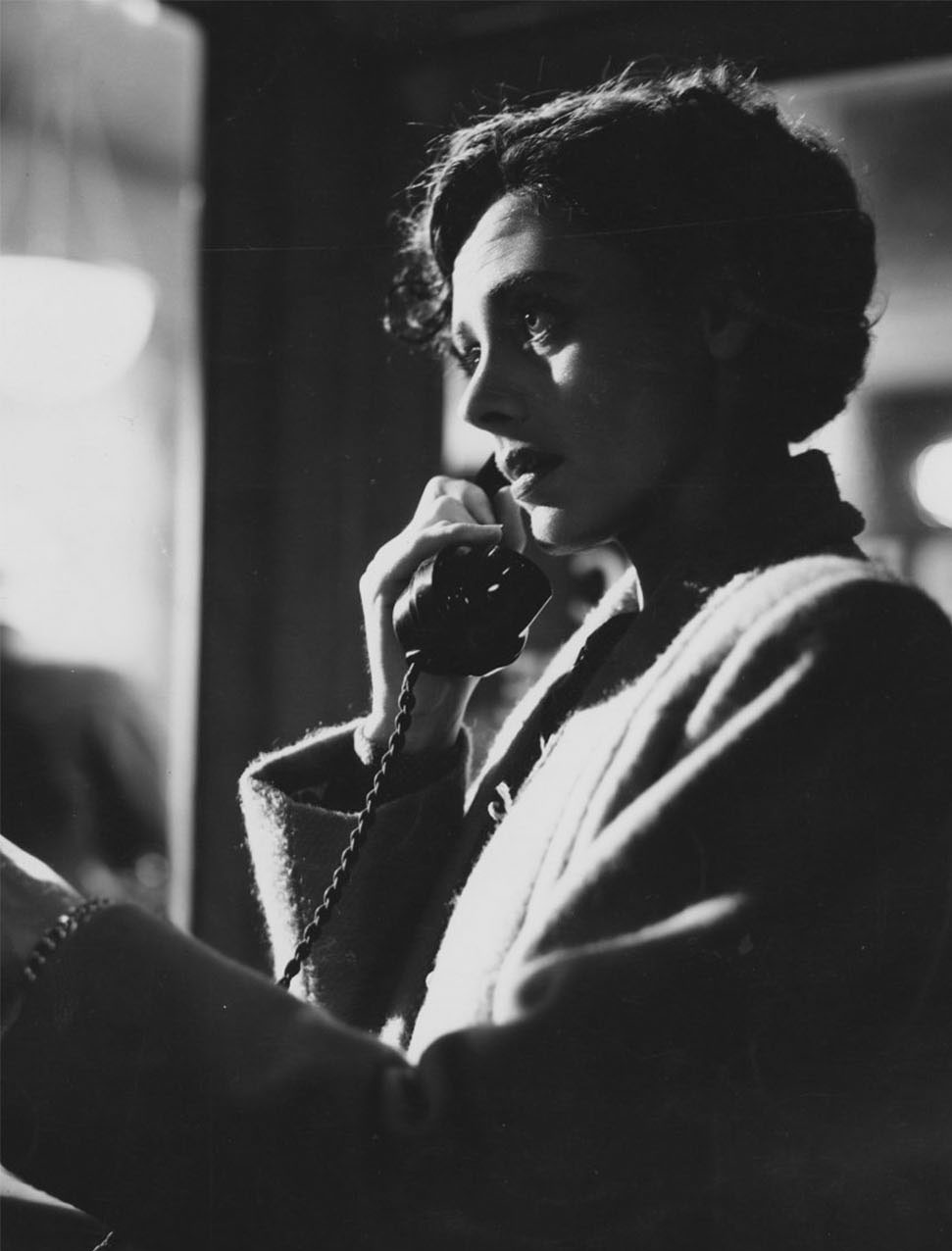