Unfortunately, this Industry Sessions event has had to be postponed. We are very sorry for any inconvenience caused and we will be announce the rescheduled date as soon as we have details.

We’re delighted to welcome Mathieu Ajan (Founder, Bounce Cinema) and Paul Vickery (Head of Programming, The Prince Charles Cinema) for the third of our Industry Sessions.

In this session, Mathieu and Paul will discuss the concept of ‘eventising’ cinema – transforming traditional film programming with activities that prioritise and enhance the audience experience. All-night movie marathons, 70mm presentations, double features, the world-famous SING-A-LONG-A presentations and a dedicated Repertory slot are at the core of the Prince Charles Cinema programme – the last of the independents still operating in London’s cine-famous ‘West End’. Bounce Cinema is a ‘cinema without a building’ – a community helping audiences discover and connect with the world of film. Through their programme of sell-out screenings, talks and workshops, they bring thousands of people together to celebrate cinema and much more than just ‘watching a film’.

Mathieu Ajan is the founder of Bounce Cinema. As a director & photographer Mathieu is also well versed in the creative, technical and development aspects of filmmaking. Mathieu is currently BFI Network Talent Executive at Film London.

Paul Vickery has been the Head of Programming at The Prince Charles Cinema for the past 7 years and previously worked in television commercials, music video and feature films as an Assistant Director. 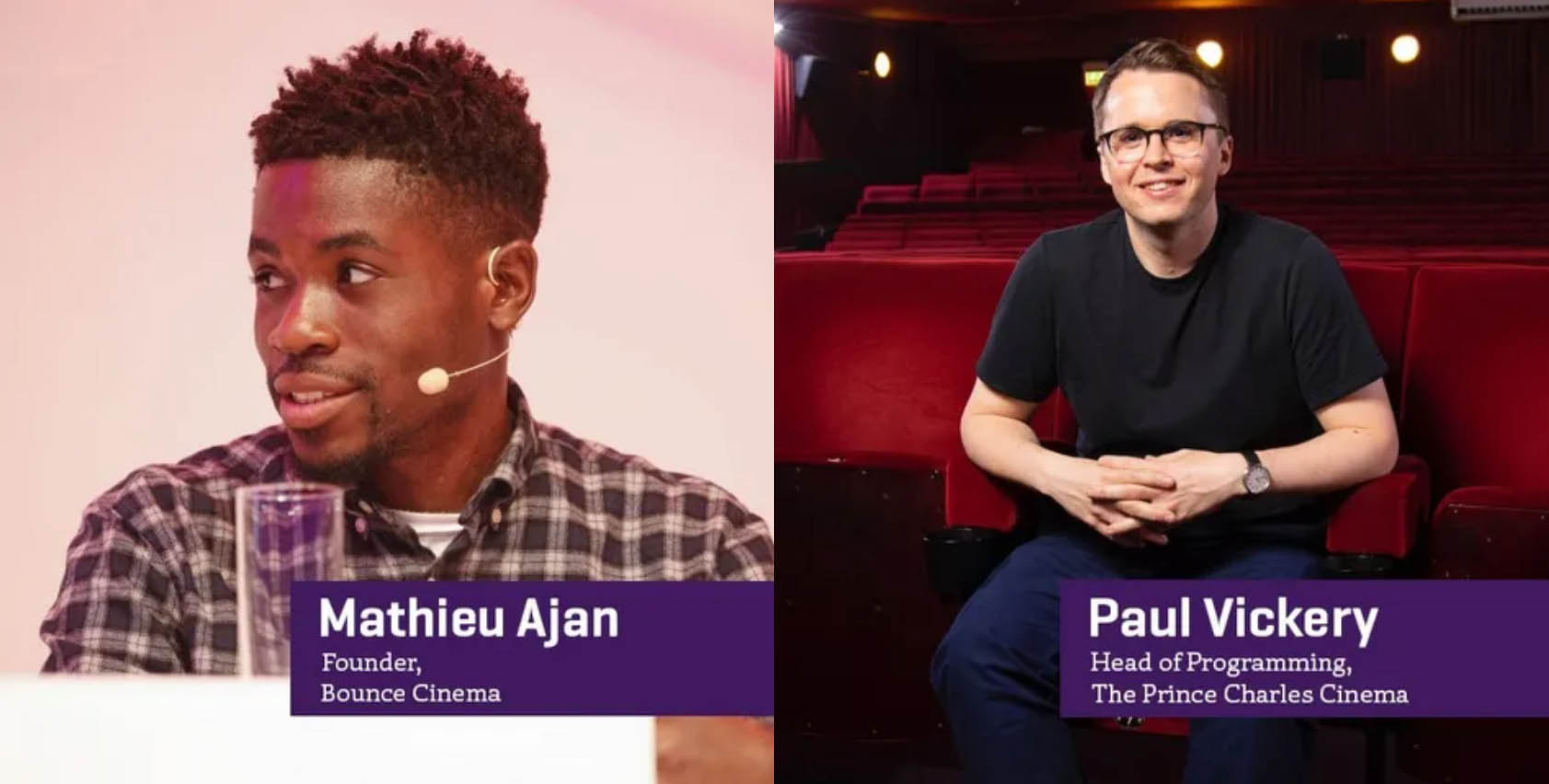